Most people, when buying a new phone or setting out to send somebody a “text” don’t spend a lot of time thinking about how their messages will be sent. Typically, at least in the US, they simply open the default messaging app and send a message. Never giving a thought to whether that’s RCS (rich communication suite), SMS, or some other message type. Let alone how those things are different and why those differences are important.

Of course, some just utilize an after-market app’s messenger system. Such as those from Facebook, WhatsApp, Telegram, Instagram, or Snapchat. But many may also have noticed that a significant amount of news has centered recently around RCS, SMS, and iMessage. And those things are, in fact, very different — with important distinctions between them.

If you’ve been wondering about that, fortunately, that’s exactly what this article sets out to explain.

Now, chances are, you’re already utilizing RCS in some form or another if you’re using Google’s default Android Messages app. Or, in fact, if you’re using an aftermarket messaging app installed by your carrier. But, equally likely, you may also still be using SMS — unless you’re on an iPhone.

SMS was first developed in 1992 and introduced as the standard messaging for phones in 1993. It’s still in use on smartphones to a large extent and that’s not least of all because of how iMessage works. We’ll discuss why that is in a moment. But, summarily, SMS is the standard for text-based messages with basic features such as sending in real-time. And it’s often paired with MMS for images and other media. Specifically, allowing text that’s longer than 160 characters, up to forty seconds of video, one image, image slideshows, and audio clips.

Conversely, RCS is the next evolution of that universal messaging platform. It was first introduced to the world in 2007 before being taken over by the GSMA in 2008. But it has only recently been at the forefront of a concerted effort to make it the defacto replacement for SMS.

Google and carriers alike have pushed to bring RCS and its features as the default platform for smartphone messaging. The search giant acquired a company called Jibe Mobile in 2015, spurring one of several starts to implement the technology in place of SMS. And in place of the picture and media-specific MMS standard.

Jibe Mobile was an RCS back-end company. Put, Jibe Mobile was effectively building an effort to sell RCS server solutions as a middle man and working directly with carriers. With SMS and MMS holding position as fallback technologies. But widespread, widely reported efforts didn’t begin to appear until

Finally, the iMessage platform was introduced on the iOS platform in 2011 with iOS 8. And while it’s the newest of the platforms, it only applies to iPhone, Apple Watch, iPad, iPod Touch, Mac, and other Apple products. If you’ve ever had a friend complain that your messages show up as “green” on their Apple devices, that’s because they’re using iMessage and you’re using a different platform. Summarily, because iMessage forces any non-iMessage content to appear in SMS or MMS form.

As noted above, SMS and MMS, together or apart, are both fairly standard and basic. RCS builds on that in a significant way. Not least of all, bringing text and image features into a single platform.

Summarily, it brings all of the best of modern chat services to text messaging. All while using data connections in a way that’s not wholly dissimilar to SMS. At least in terms of the connection requirement. It does also extend on those, not least of all by allowing text messages over Wi-Fi. But also by working via desktop platforms.

Given that the features of RCS go so far beyond SMS or MMS and their similarity to Apple’s iMessage, the differences between RCS and iMessage aren’t necessarily the most important.

What is Important to understand is that RCS is a much more advanced solution than SMS. The latter of which is incredibly outdated. In terms of both features and related security. Particularly when considering that SMS has no encryption and RCS has client-to-server encryption by default. End-to-end encryption, conversely, is being added by more providers. Among those, the default Android messaging app has had end-to-end encryption — when RCS is active — since 2021.

Why hasn’t RCS taken off, despite its differences compared to SMS? 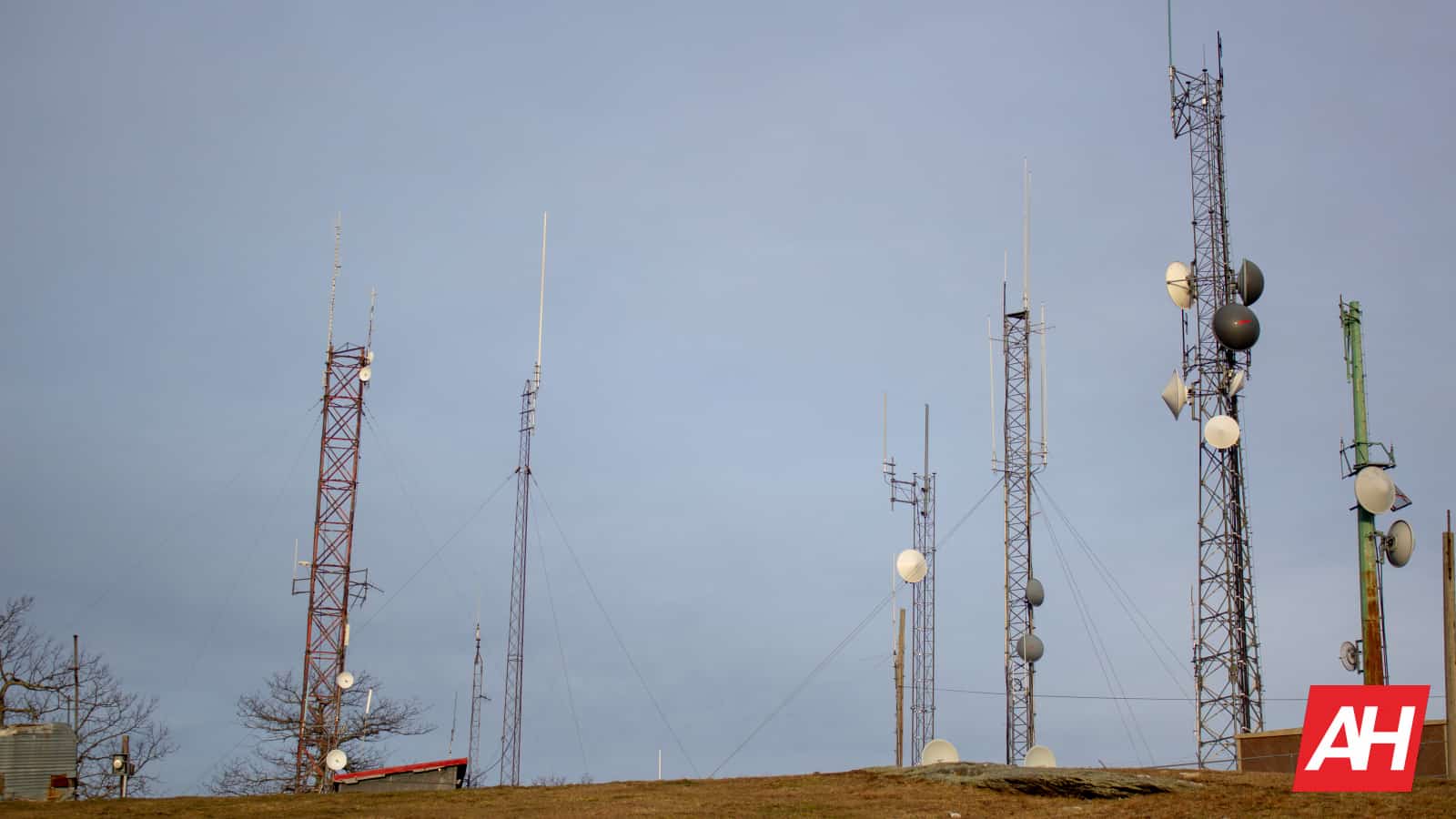 Now, RCS has faced its fair share of challenges too. And arguably more than its fair share. For instance, while the global association of networking companies, the GSMA, unveiled its Universal Profile to help push carriers and app makers over to RCS in 2016, it hasn’t required support for Universal Profile in order to support RCS. The most recent version, one of five, is version 2.4 and was released in late 2019. And it doesn’t have that requirement either.

The Universal Profile goes a long way toward ensuring interoperability. It helps by settings standards and features that should be supported via RCS messaging across all carriers and messaging apps. That it isn’t required has been among the biggest issues with regard to RCS replacing SMS entirely.

While everybody involved does appear to want the features and functionality to roll out, they haven’t always been on the same page. And they haven’t always adhered to the same set of features or methods for providing those. AT&T and Verizon are examples of those carriers. Although Verizon does plan support for RCS Universal Profile in 2022.

Secondarily, but no less impactful in the US where iPhone sales are typically dominant, Apple devices don’t support RCS at all. As noted above, Apple has forgone support for RCS. Opting to keep SMS as the fallback text method for its iMessage service.

That has resulted in some big discrepancies, at least as large as those caused by carrier hesitancy. Chiefly in terms of what features can be used when iOS users interact with non-iOS users. With non-iOS users’ messages and content appearing only as either SMS or MMS on iPhones, for example.

For instance, reactions don’t appear on Android phones even though RCS supports that. Instead, users only see messages about those interactions. Or an emoji sticker or message, depending on the app in question. Similarly, if Android users react to messages, iPhone users won’t see the expected result either.

Can you get RCS on your phone right now? 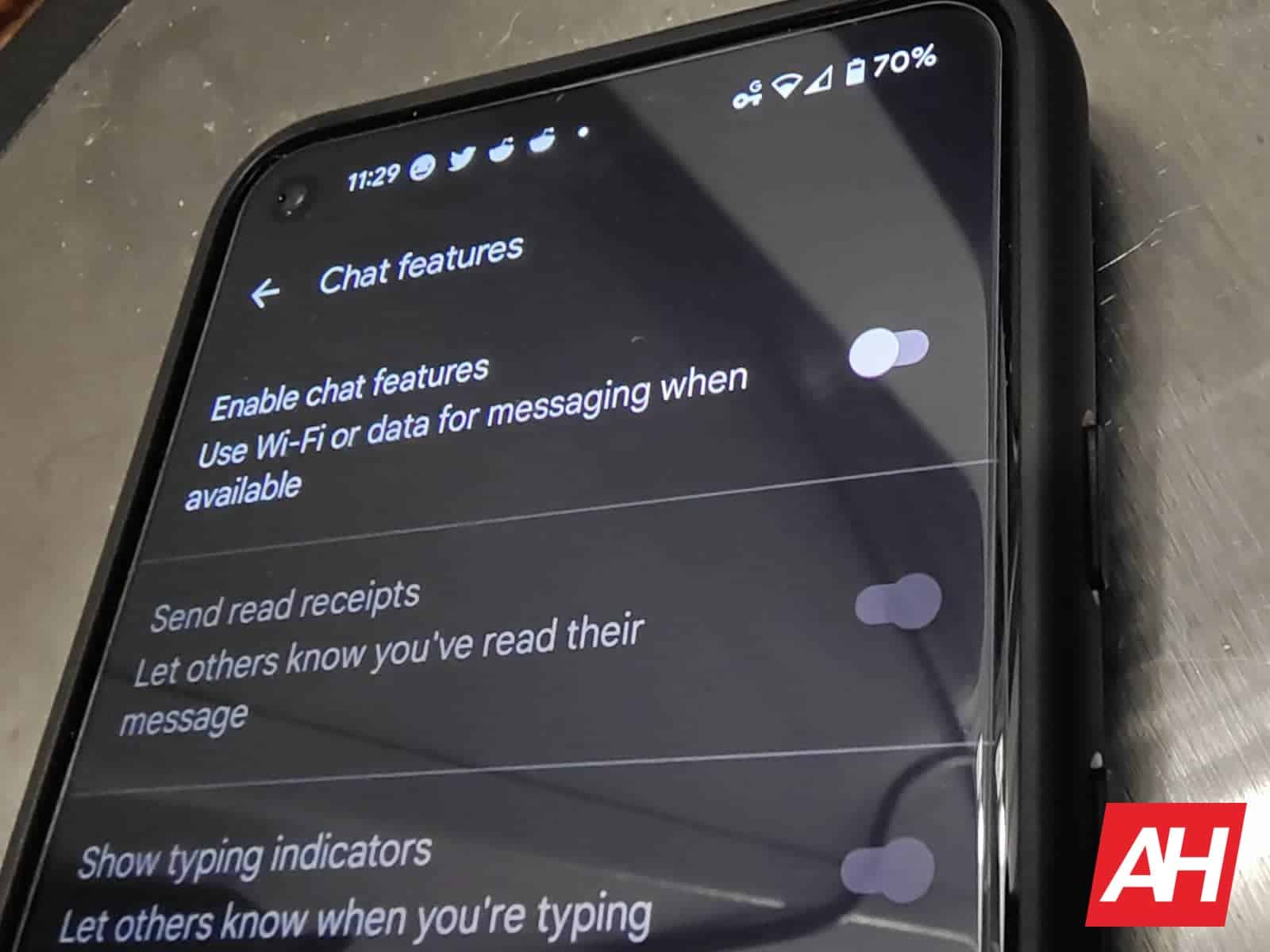 Although RCS hasn’t been a smooth rollout across the board, chances are you’ve already got access to it. In particular, if you’re using an Android phone. That’s not only because of the plethora of apps that have been created by carriers and third parties to roll it out either. As noted already, there are issues with those as they are currently stand. But because of Google and a few other companies.

For instance, Google’s decision to go around carriers’, given their hesitancy, has resulted in the availability of RCS on many phones by default. And out-of-the-box.

That’s because it’s already available in the defacto Android SMS app, Google Messages. So, if you have Google Messages, you already have access. You’ll only need to activate the features in the app in order to use them.

The search giant is, in fact, using Universal Profile standards as well. So all of the expected features — or most of them, with updates consistently adding more — are readily available.

Samsung Messages, for those using an older phone that doesn’t yet include Google Messages as the default app, also supports RCS Universal Profile. Helping to solve discrepancies in messaging capabilities and bringing encryption to day-to-day messaging. And enabling a better, more uniform experience for everybody. Albeit without much help from Apple.

The primary caveat, of course, is that these types of messages do require a data connection to work. So if you aren’t on Wi-Fi or an unlimited plan, you will use your mobile data. Additionally, it’s worth noting that some apps — such as Google Messages — allow end-to-end encryption. But in many cases, including Google Messages, it’s only supported between users of the same app. So both uses would need to be messaging via that app.

All of that means that while RCS simply can’t reach its potential, as of this writing. This article will be updated if that changes. And it very well could, if carriers each agree to implement RCS properly, as Verizon plans to, in the near future. But for now, RCS simply isn’t a globally-available solution even if it is getting better. Or at least not the solution that it has the potential to be.