A VIRAL social media app touted as the “anti-Instagram” is taking the world by storm as its rivals struggle to keep users interested.

BeReal took the top spot in the United States on Apple’s App Store for three days this week despite complaints of frequent crashing.

The platform, currently de rigueur among the nation’s youth, requires you to take a photo within a two-minute window each day.

It’s marketed as an antidote to “sham” apps such as Instagram, where users post glam images that are carefully arranged and edited.

The apps have tweaked their algorithms to show more recommended content from people you don’t know and fewer posts from friends and family. 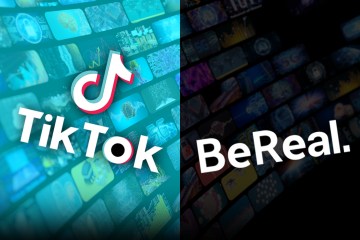 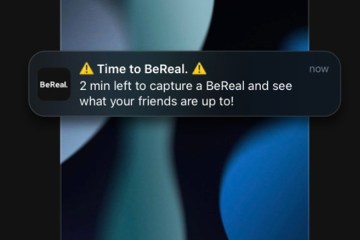 The move makes the apps’ feeds more like TikTok’s and has drawn the ire of users including celebs such as Kim and Kylie Kardashian.

BeReal has ridden a wave of discontent washing over its rivals, garnering 1.7million downloads in the week of July 11.

That’s the biggest weekly gain ever, according to digital analytics platform Sensor Tower.

That’s despite a well-documented issue that means many people can’t upload their daily photo at the critical moment.

BeReal is frequently overloaded when its millions of users attempt to upload at the same time, leading to widespread crashes.

Users report having to close and reboot the app multiple times in order for their image to upload.

Uploading outside of the designated two-minute window leads to a “late” label of public shame.

BeReal was launched in January 2020 and has drawn Gen Z’s gaze by leaning into a desire for a more authentic social media experience.

It tells you exactly when to post each day. You have to take an unedited photo of whatever you’re doing at that time.

An additional quirk is that the app takes a picture with the phone’s back and front-facing cameras.

The idea is to show followers both what you’re doing and what the “real” you looks like.

Downloads of BeReal have tripled in 2022. At least 65 per cent of the app’s total installs happened in the first three months of the year.

One of the reasons that the app gained such popularity is because of its unique design and content.

“You can see a whole other side to people that isn’t just their presentable side to social media,” Dundee student Errin Mathieson, 21 told NBC News in April.

“It gets really tiring and exhausting for people constantly like scrolling through Instagram and seeing people having these perfect lives.”

“When I first joined in January, there was like no one on it. It was me and like me and the friend who got me into it,” she said. “Now I think I have like 30 friends on it.