What is FOMO? Simply put, it stands for Fear of Missing Outand while the concept is new to the 21st Century, the sensation it describes has been with us since the Ice Age. It’s a side effect of our built-in survival mechanism.

Well, that sounds harmless. It sounds positively beneficial. Right? “Fear of missing out” sounds like worrying that you’ll be chosen last for dodgeball or maybe benched during the game against your school’s rival. Or anxiety that you won’t get the seat you want at the top online poker sites.

But FOMO is a major contributing factor to most forms of psychological addiction.

So maybe we should take a closer look at this fear of missing out in gambling. When should we worry about it? And where the heck did it come from in the first place?

Where Does FOMO Come From?

According to the internet (which is always correct, btw), the expression “Fear of Missing Out” and its acronym FOMO (pronounced “foe-moe”) came into being back in 2004 when it was used in an op-ed in The Harbusthe magazine of Harvard Business School.

It was further immortalized in the Oxford Dictionary in 2013.

Initially, it was used to describe the anxiety resulting from social media sites, wherein sufferers of FOMO felt compelled to constantly check the status of opinions on various subjects to ascertain whether they were “up-to-date” on the latest.

A real example of the danger of FOMO is the rapidity with which holders of unpopular opinions can be “shunned” on social media sites such as Twitter and Facebook. Said shunning can often extend into the real world, terminating employment, revoking licenses, and even physical attacks.

These days, FOMO covers a broader spectrum of human existence and is used when describing behavior addictions in social media and financial markets.

The connection between two seemingly disparate activities is pretty apparent—social media did not exist before the internet, and the access to and volatility of financial markets has increased thanks to the worldwide web exponentially.

Most recently, this phenomenon has come to encompass gambling and, more pointedly, gambling addiction.

How the Fear of Missing Out Ties into Gambling 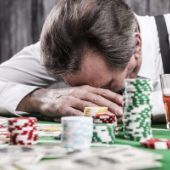 Since its discovery, FOMO has been described as any sort of behavior not explicable by other mental disorders and which causes acts, not in the best self-interest of the sufferer.

This brings us to at least the beginning stages of gambling addiction.

FOMO in gambling is—or can be—a factor in keeping a gambling addiction going for years. Why? Because it works for hand in glove with a person’s need to gamble, particularly when it comes time to stop losing. It keeps us in the game.

Who’s Most Susceptible to FOMO?

A clinician and doctoral candidate, Lauren Cook, MFT, says that the type of people most susceptible to FOMO is “social extroverts who thrive on group energy.” Unfortunately, she immediately adds that FOMO can also afflict “those who lack self-confidence and security within themselves.”


Why the seeming contradictions?
The experts believe there are two forms of FOMO: trait-FOMO and state-FOMO.

Of course, the result of this discussion is the same: activity detrimental to your well-being and happiness. 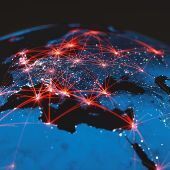 The amygdala— the portion of the brain responsible for assessing threats (which we refer to as our “lizard brain”)—is the prime motivator behind FOMO. It is not particularly bright, but it is remarkably effective in correctly identifying things that could harm us.

Even the slowest among us has dodged an object instinctively. We can thank our lizard brain for that “dodged the bullet” moment.

Unfortunately, the lizard brain isn’t all that busy these days now that wooly mammoths and sabretooth tigers have moved on. So it participates in other, not quite so life-threatening activities. You know, to keep its hand in.

FOMO in gambling is the result.

In the Internet Age, FOMO contributes to GD (gambling disorder). The good thing is that it is typically a personality trait that will manifest itself in various activities and situations.

Think of it as your personality’s accent if you speak with a southern drawl (“normal” to your ears, so why’s everybody is laughing?). You’ll talk in that drawl in all situations unless you make a conscious effort to conceal or alter it.

Likewise, when you notice that you are exhibiting symptoms of FOMO, you should be able to take action to protect yourself.

FOMO Is Everywhere You Want to Be—Literally 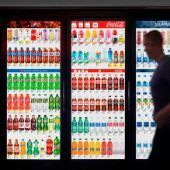 The biggest influence of FOMO remains in social media use. The internet did not exist forty years ago (nearly impossible to believe, but true).

And while those old fogies with their disco balls, orange shag carpeting, platform shoes, and CB radios might have been just as human as we evolved sorts these days are (again, nearly impossible to believe).

What’s important is that addiction—be it for gambling, alcohol, drugs, what-have-you—still existed. Sure, the immediacy of the internet certainly exacerbated the problem of “what do the cool kids think?” but influencers have been around since forever.

Social media calls to us for a variety of reasons. Some look to it to see what’s new and popular; some look to it for validation of their own cleverness, intelligence, or attractiveness. Some use it to follow a specific interest, such as football, horseracing, theater, or politics.

And some use it to influence others.

While fear of missing out is not a gambling addiction, it can indicate a weakness in that particular malady. So you need to be aware of it’s various warning signs.

Think of it as a way of keeping yourself mentally fit to live and enjoy life to the fullest and avoiding situations that can only end in sadness.

Have you caught yourself texting or even surfing the web while driving? You know that exact activity accounts for the overwhelming majority of “distracted driver” accidents, right?

In any case, it’s not only dangerous, but one of the first and most obvious indicators of FOMO is reading and responding to texts while driving. Doing this even once qualifies as a FOMO indicator.

Seriously—what text message is so important you should endanger the lives of yourself, the others in your car, and nearby motorists? Adele just released a new album? Does Tyson Fury want to thank his fans? Does your bank want to alert you to a deposit? Your seat in the multi-table sit ‘n go is confirmed?

2You’re Antsy Whenever You’re Not “Doing Something.”

First, if you’re easily bored, gambling is not for you. On the other hand, most gambling is a series of similar events, the outcome of which is predictable on a grand scale but unpredictable in the short run.

The natural excitement of gambling is real and often spectacular, but when you begin to feel bored, it’s time for a change. Either move to a game where you can recapture that great excitement or move on to something entirely different, like bowling or skydiving.

3Your Answer to Every Question Is Always “Yes!”

Saying “yes” to life is a great concept, but aren’t there at least a few things in your life you might have been better off saying “Nah, bruh” to? Don’t be cute if you said “no” to that question.

Access your decisions—even the tiniest ones—and make sure you’re doing it (or not doing it) for the right reasons. That can apply to a call UTG in a poker tournament just as easily as declining to wrestle an alligator.

Anxiety—the devil’s playground and FOMO’s natural fertilizer—is sometimes a good sensation that encourages us to stop procrastinating and complete a task.

But when it strikes while we are gambling, either as anxiety or an inexplicable dissatisfaction for gambling itself, it’s time to take a break.

Whenever you sense that you are not in optimal form to make informed decisions about your money, walk away. Go to one of the many bars you can find in any casino and try one of their house specialties. Guess what: The game will be there when you get back.

There’s nothing quite like valet parking your car at the local casino, strolling through the entrance, then ordering your favorite cocktail as you eye the action at the craps table or wedge into the crowd around the roulette wheel. Sipping a fancy…

Like texting while driving, this is a pretty obvious indicator that you have some priority issues.

You feel anxious because you have not been on Twitter or Facebook recently. You log on and commence scrolling, learning things that make you more anxious. Rinse and repeat.

To escape the siren song of social media, consider loading some online gambling apps on your phone and using that to lessen your twitter-time.

6Holding When You Should be Folding

FOMO in poker is characterized by “throwing good money after bad” and the expression “tilt” because they both concern illogical actions on the part of a poker player who is momentarily allowing desperation, anger, or even simple stubbornness to govern their choices at the poker table.

In both cases, your attitude is self-destructive, even if it sounds optimism: “So what if the odds are terrible—I’m feeling lucky. I’m due, man.”

No, man. You’re not. Unless you’re getting incredible implied pot odds, your action is to fold. Incidentally, here is a list of good poker habits to improve yourself as a poker player.

Fear of missing out at the casino includes rushing to fill that seat at the progressive jackpot slot machine. There are lesser jackpots and far more within your reach. Go for what you do. Have a reasonable chance at winning.

7The Opinions of Others Motivate Many of Your Actions

It’s easy to lie to ourselves about this, but try to be as brutally honest as possible. Do you regularly do something (or not do something) based mostly on what you think others might think of you?

The good opinion of others might be helpful if it keeps you from wandering around the shopping mall in your underwear, but for the most part, other people’s opinions are just that.

Harsh Truth Time: Nobody at the poker table cares what you do—except how it affects them and their play. Thinking otherwise is conceit or self-delusion.

The Adult in the Room 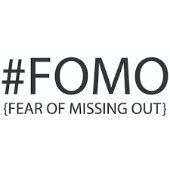 Mankind has been obsessed with gambling for its entire existence. It represents risk without (typically) introducing the greatest risk of all—the loss of life.

It’s my theory that as human existence became more comfortable and life-threatening situations became rarer, the popularity of gambling increased.

Sure, we all have an amygdala to serve as our guardian lizard-angel (yeah, I’ll never get that image out of my head, either). But we are not required to follow its dictates commands.

The dangers of fear of missing out in gambling have become more apparent and more prevalent with the advent of the Internet, but those dangers were always there in the background, waiting to trip us up with our own instinct for survival.

And as far as fear of missing out on gambling goes, it’s not irresistible, nor is it all-encompassing.

In fact, we can change the way we react to virtually any stimulus. It takes time and effort but so does serving your FOMO. Would you instead be building your future or destroying it?

Our one real task in life is to make beneficial decisions based on the information we have. Don’t be swayed by the opinions of others, what you think you’re due, or even what you think is fair.

Be the adult in the room. When ready, try your luck at one of the best online casinos.