At the weekend, Bleeding Cool ran the news that the DC Universe Infinite App was available on iOS and Android in Canada – albeit it, not web browsers yet. And, in a Rich Twitch, DC Comics has now released a rollout for the DC Universe Infinite App in other countries. They state that the app is going global which is not true, but at least it is more than the US-only application it is now. 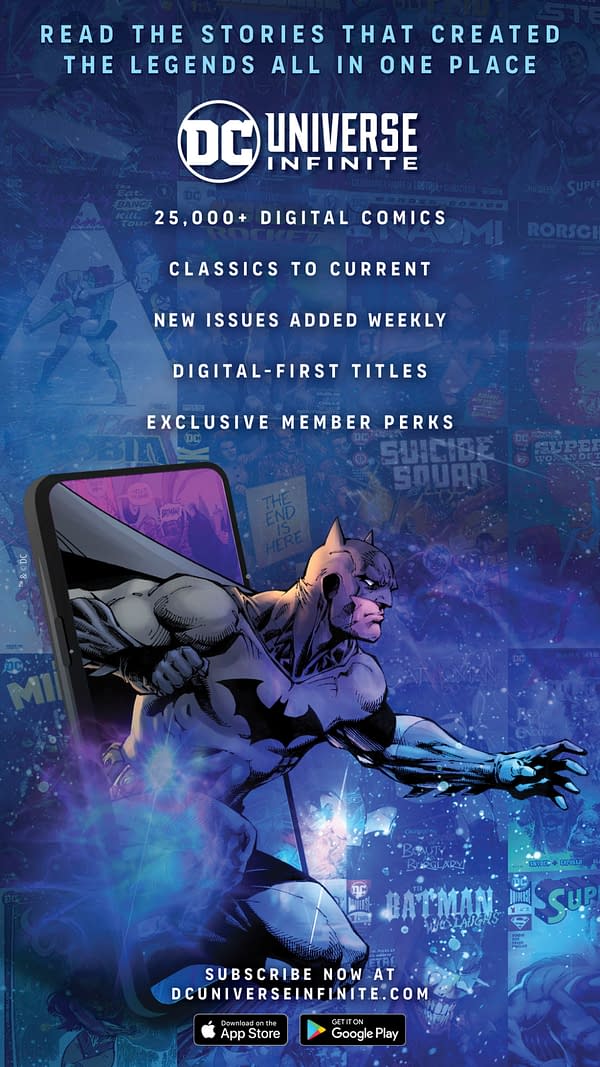 At the DC Fandome event in September 2020, Jim Lee, DC Comics Publisher, and Chief Creative Officer announced that the DC Universe app would now be known as DC Universe Infinite, a premium comic book subscription service debuting on the 21st of January, 2021, which it did. And that DC Universe Infinite would also be available worldwide starting in the summer of 2021. Which it was not.

DC Universe Infinite was launched in January last year as a bare-bones comics subscription services as the previous offerings of TV and movies were transferred to HBO Max. It was believed that, previously, it was the video content that stopped the app being made available outside the USA, over conflicting media sales and licensing rights with other broadcasters in other territories, but once that went away, the absence of foreign availability seemed baffling . It still seems baffling, especially with the rest of the world still denied the app in question. It was originally promised to be available globally last summer, but that date came and went. Now at least we have some better dates.