The latest report by AppsFlyer has delineated how Apple’s iOS app install ad spending budget has grown by nearly 65%.

This was a clear indication to many of how the tech giant’s much-talked-about App Tracking Transparency (ATT) framework for transparency had little effect on the budget.

As it is, about 80% of apps have already worked their way around the addition of the app tracking transparency at a fast pace. They also noted how the opt-in figures were constantly increasing, where at least one or maybe two were making way for any prompts.

AppsFlyer sheds light on how so many different apps in the mobile community were busy overcoming the scenario relating to data belonging to users. They did this by adding a number of different strategies, making use of different technologies, and even taking into consideration metrics.

For this reason, we see brand new confidence in today’s iOS as well as people shifting their thinking. Now, more and more mindsets believe that the real aim is safeguarding privacy without putting user experiences on hold.

In the United Kingdom, we saw the opt-in figures stand at 42% in regards to gaming apps while those pertinent to others were just 41%. And when looking at average figures around the world, they were 46%.

Similarly, the new report delineated how the number of non-organic installations for iOS increased by 7% this year. But it was interesting to note how Android experience growth that was easily 4 times faster.

These non-organic installations enhanced in the past six months with great help from SKAdNetwork. Other than its implementation, we saw a rise due to more innovative measurements with striking new confidence levels of marketers.

In the same way, the examination report showed how there was a 3% decline in terms of iOS costs per installation when compared to the last quarter and this quarter. The most likely reason was an increase in iOS media prices.

AppsFlyer revealed how the IDFA rates showed a 30% decline from the ATT prompts seen during the initial launch and then those that were obtained hours later. And that just went on to prove how much consent mattered for launches of apps in such circumstances.

Lastly, the report did shed light on the 30% increase in consent rates for those nations that were still in the development phase as compared to those that already benefited from already established markets. The reason being simple- the more developed the market, the more sensitive it becomes to matters relating to privacy. 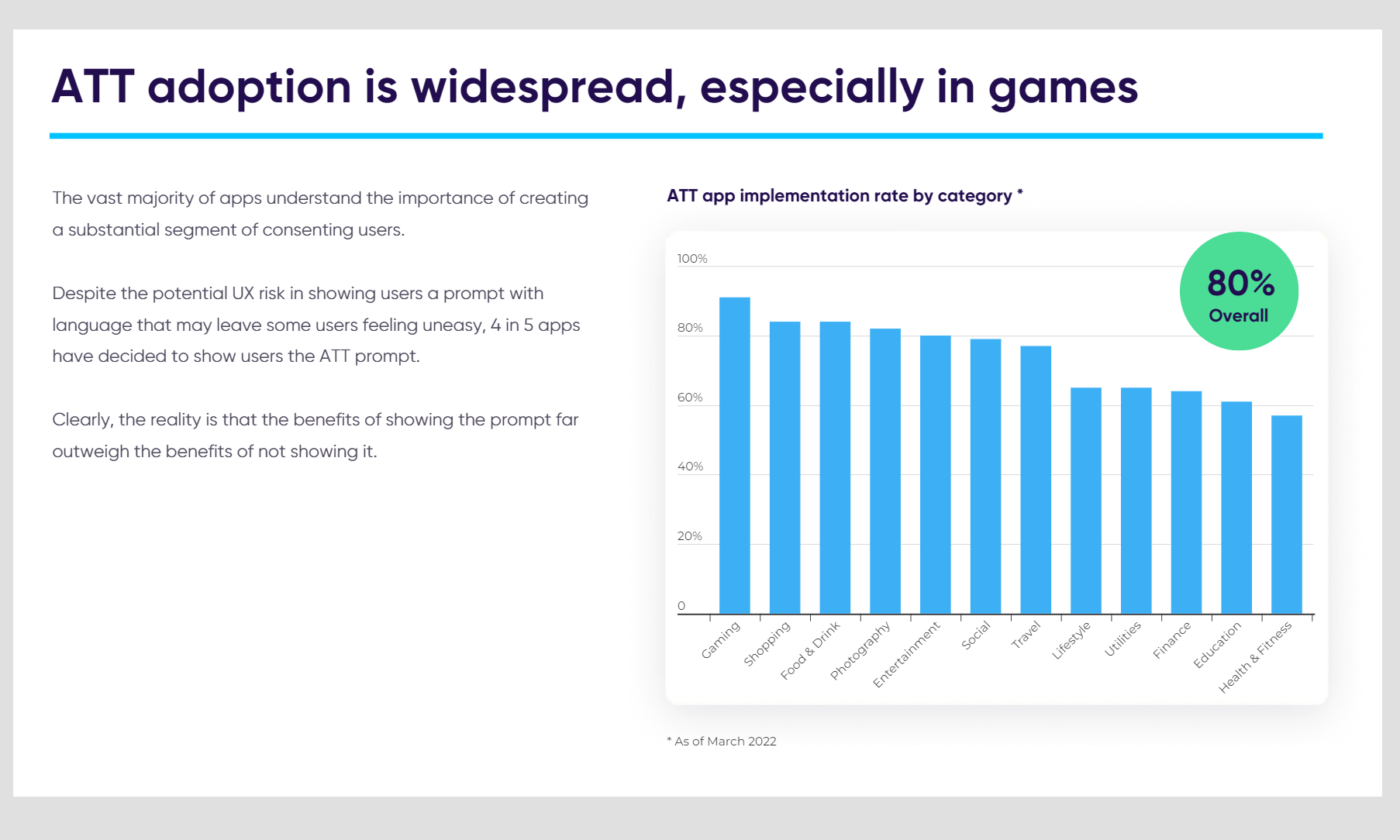 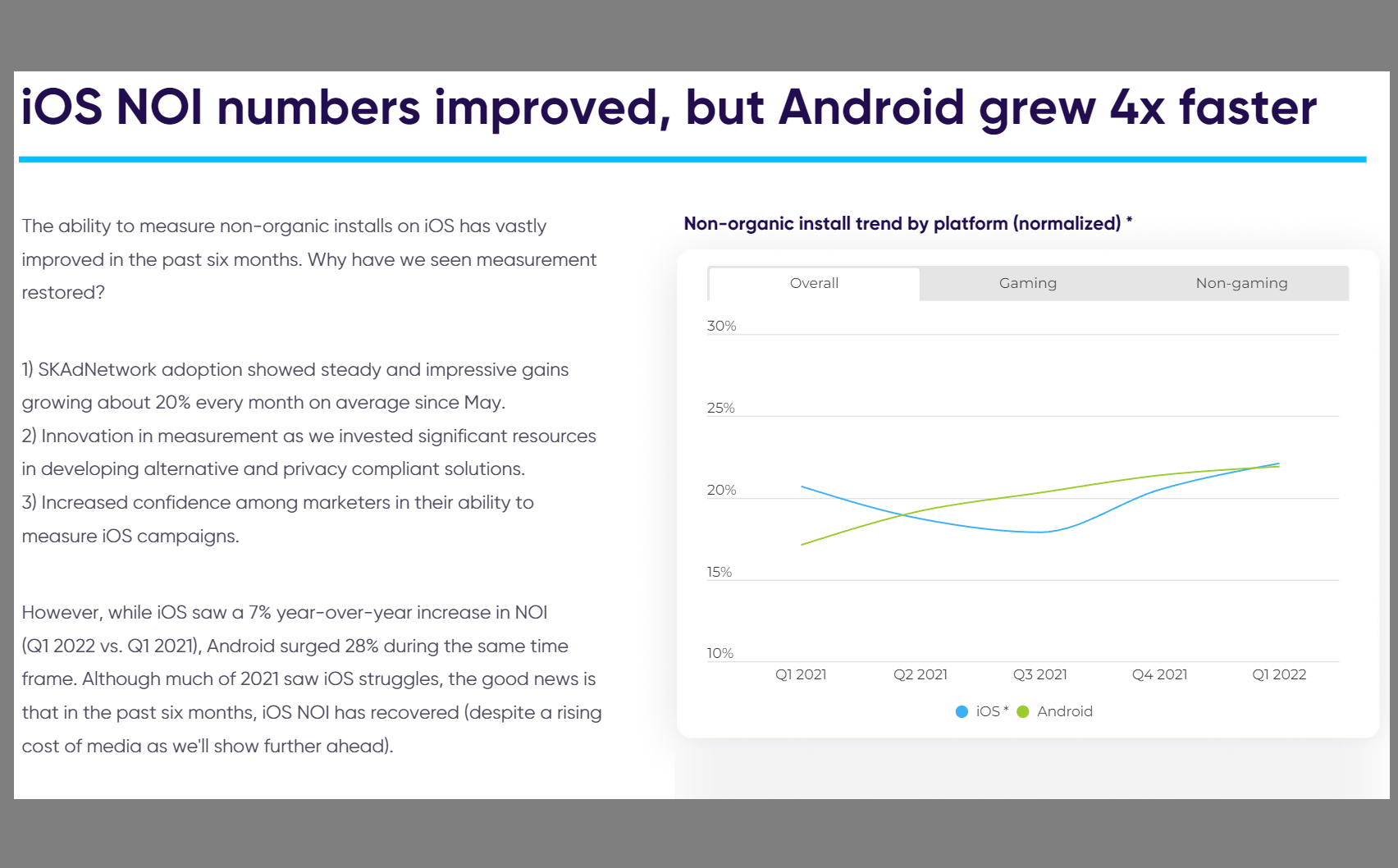 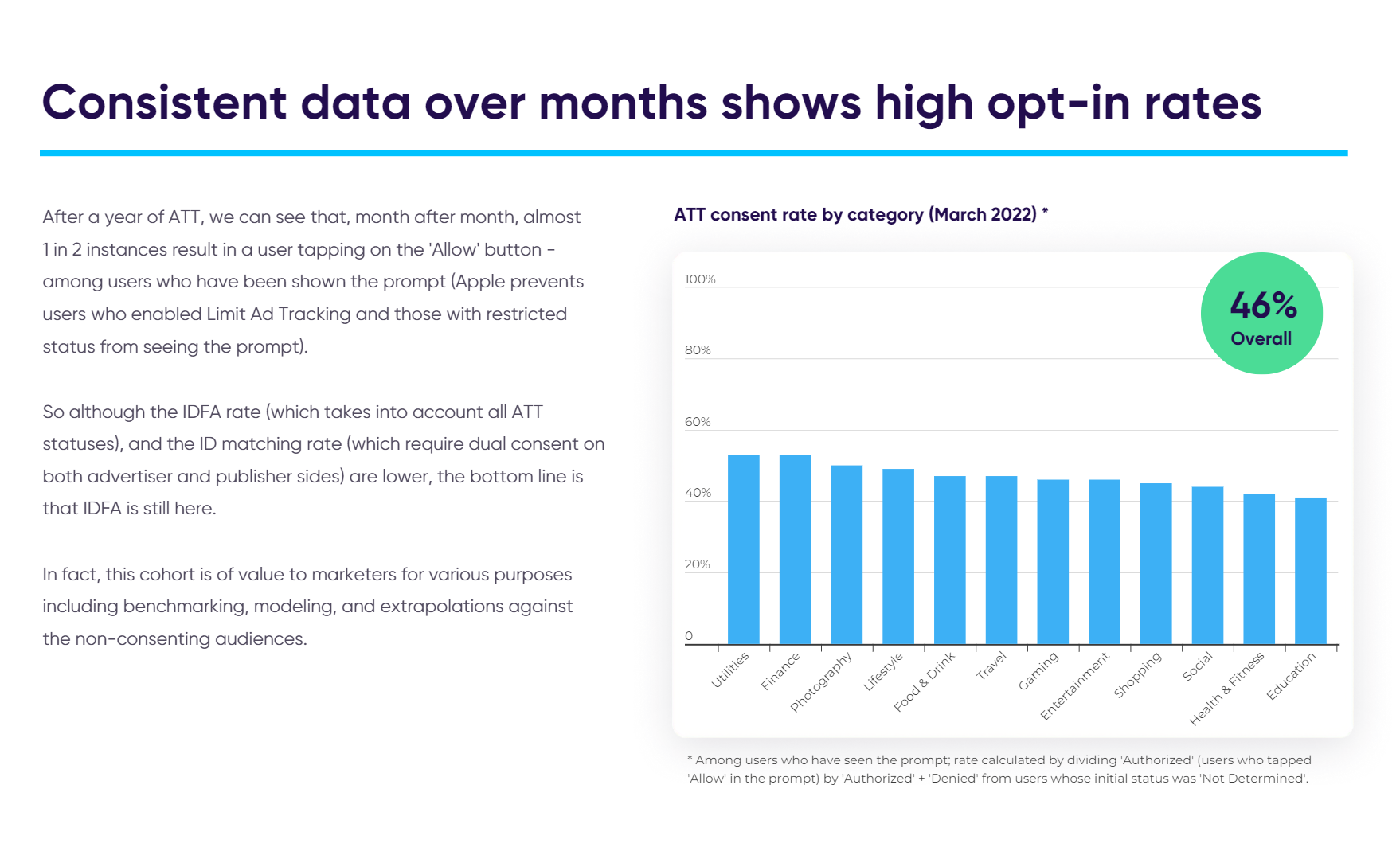 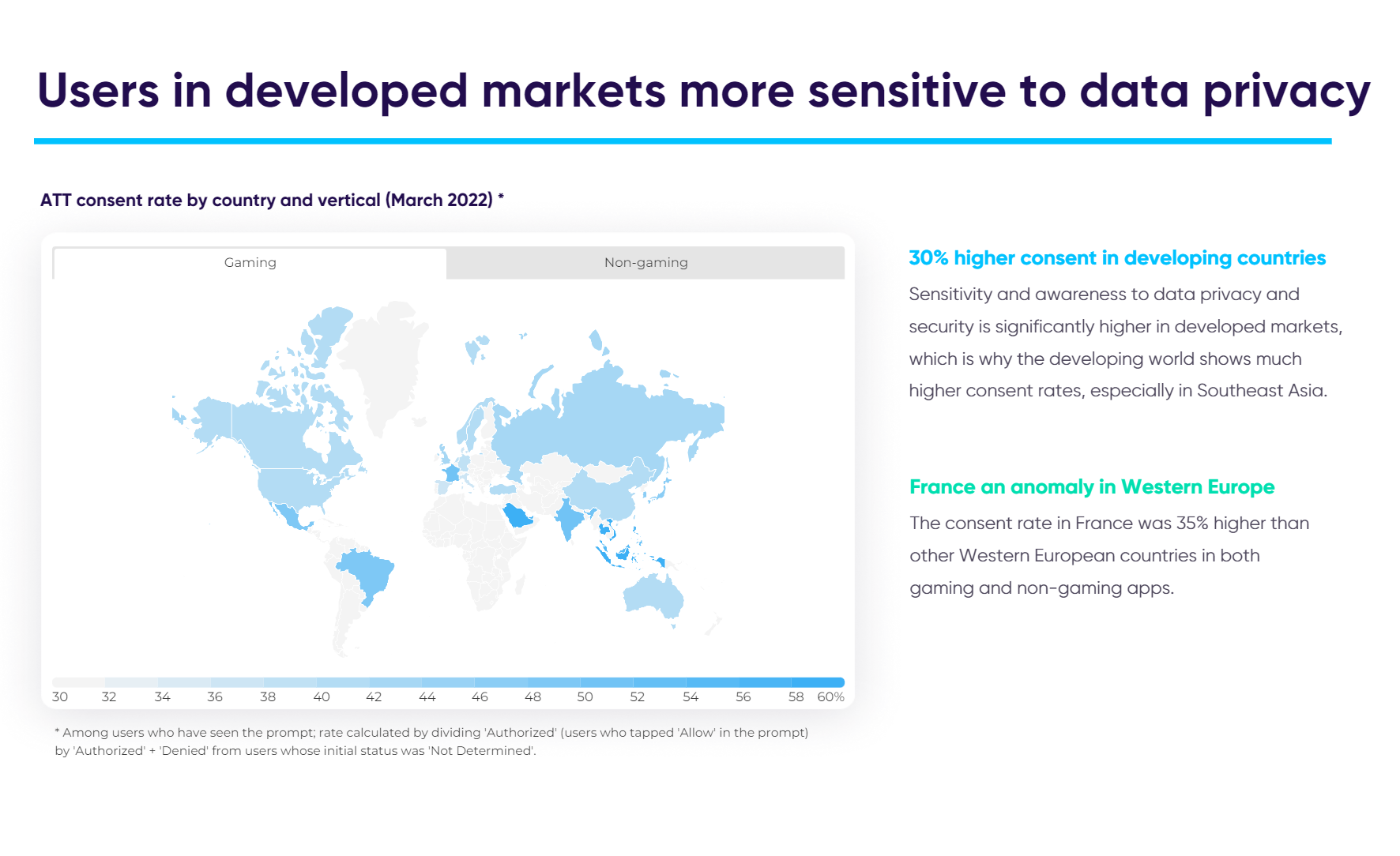