There’s no point in owning an iPhone if you aren’t going to download apps that you love — that’s a given. But if you’ve noticed lately that your battery seems compromised, it may be time to reconsider which apps you allow to stay and which you’re willing to part with. You shouldn’t have to charge your device 12 times a day, nor should you notice its battery power diminishing by what seems like the moment any time you use your phone. If these things are happening to you, there’s one app that many tech experts agree could be to blame. Apple experts agree: you should delete this iPhone app ASAP for longer battery life.

Some things in tech change super fast, but there has been one constant now for several years: tech experts are in agreement that the Facebook app is not doing your phone’s battery any favors.

“There are a number of iPhone apps that can compromise battery life, but one that stands out is the Facebook app,” says Fiona Lewis, co-founder at Notta. “Although the app has been updated to be more efficient, it still drains a lot of battery power. One of the main reasons for this is that the app constantly checks for new updates and notifications, even when you’re not using it. This can be a major drain on your battery, especially if you have a lot of friends on Facebook. Another reason is that the app uses a lot of data, which can also lead to battery drainage.”

Another issue with the Facebook app is that it constantly runs in the background, even when you’re not using it, and this can really drain your battery, says Tech Expert Mark Greene at Cloom Tech. “Additionally, the Facebook app is often full of adverts and videos which can also use up a lot of battery life,” Greene says.

Jie Min, CTO at Airgramalso points out that Facebook constantly runs in the background, refreshing your news feed and checking for new notifications — which uses up a lot of battery power, even when the app is not actively being used. But there’s yet another reason to proceed with caution: “The Facebook app is notorious for having buggy code that can cause the iPhone to slow down and use more battery power than necessary,” Min says.

Unfortunately, the Facebook app isn’t the only one that’s messing with your battery power. If you’re considering deleting the app for good and using Facebook via a browser, Kavin Patel, Founder and CEO of Convrrtreminds us not to sleep on deleting Facebook Messenger, as well. 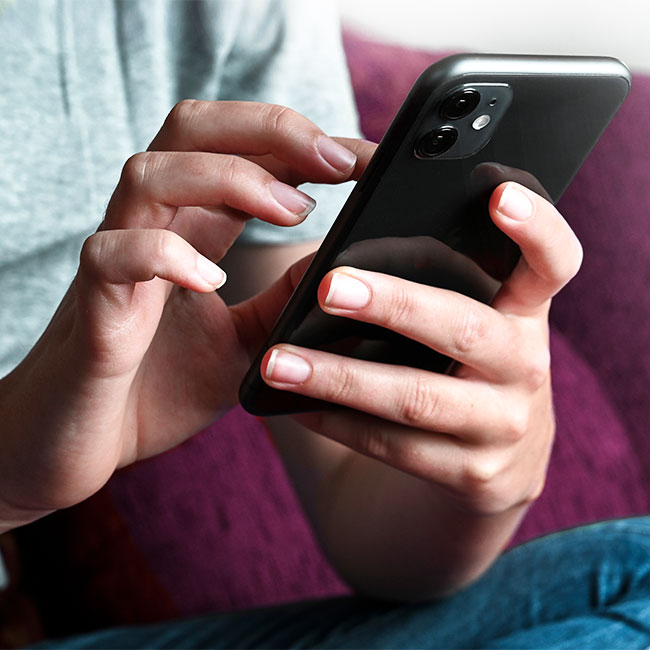 “Similar to its parent application, Facebook Messenger consumes battery life due to background activity,” Patel says. “This messaging software causes the most battery drain by syncing contacts and push notifications. Yet you cannot send Facebook messages without installing it (or using the desktop version of Facebook). Fortunately, a handy app exists to mitigate this issue. Install the Messenger Lite software, which allows you to send Facebook messages while conserving battery life. It is an excellent substitute for Facebook Messenger.”

It may be a difficult app to live without, but deleting Facebook and Facebook Messenger could be your first step toward regaining a stronger battery and a phone that works more efficiently.