Anbernic launched a handheld gaming console built around the Rockchip RK3566 Arm processor. The device has a Samsung 4.95” OLED screen. The RG503 was shown as out of stock shortly after its initial release, however they seemed back in stock for $150.

The RG503 features the versatile Rockchip RK3566 quad-core 64-bit Cortex A55 processor (up to 1.8GHz) and the Arm Mali-G52 GPU. The specs listed by Anbernic show 1GB of RAM and 16GB GB of internal storage. To compensate, the device features 2x TF slots (up to 512GB) as seen below. 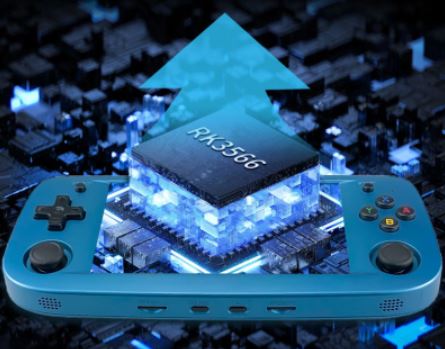 Anbernic stated that they implemented the same 4.95” (960×544 pixels) OLED display screen as the one used in the PS Vita console. Additionally, there is an HDMI port, an OTG port, a 3.5mm jack input and a USB-C for fast charging. 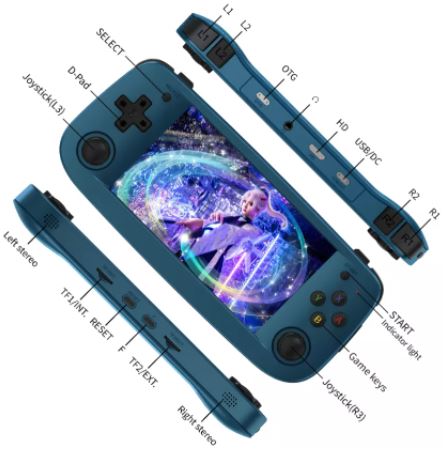 Other features include vibration motors under the joysticks, high fidelity dual speakers and a 3500 mAh Li-Po battery which might last up to 6 hours. The device integrates support for 5G Wi-Fi and Bluetooth 4.2 for wireless gaming controllers.

The RG503 supports emuELEC which is a popular operating system designed to run retro games . The company claims that the RG503 can support games from classic consoles such as PSP, N64, GBA, NDS and many others. Furthermore, Anbernic claims that the device offers Kodi support to play movies, music, TV, etc.

The handheld has a sleek design similar to the PS Vita and comes in three colors, blue, black and bronze gray. The console has a “metallic” finish, although the shell material consists of non-slip plastic. 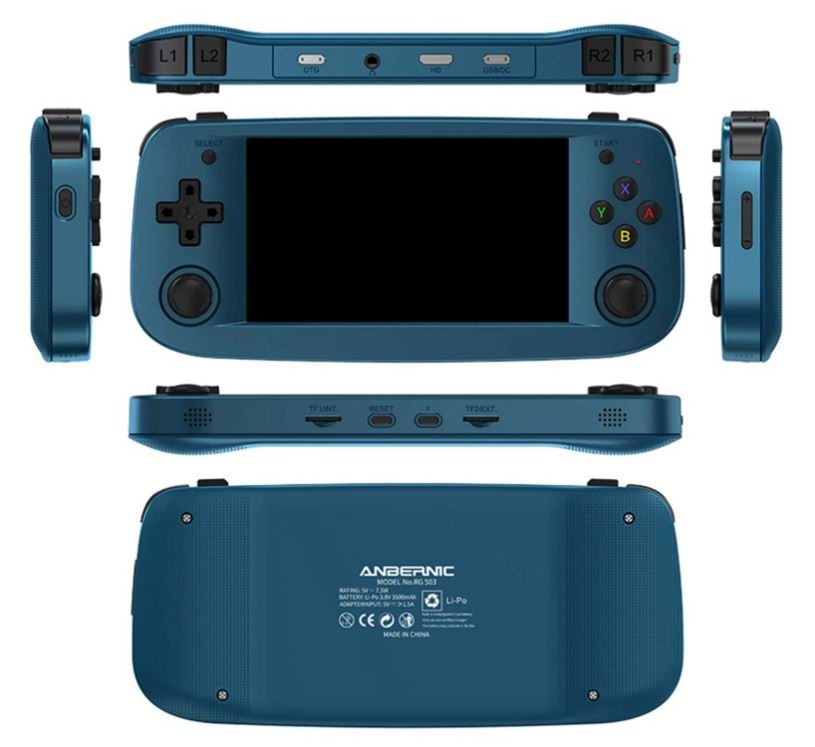 Relevant features of the Anbernic RG503 gaming console include:

As of date of publication, the RG503 console is available for $150 on Anbernic’s website. Banggood and Aliexpress also have them available now for a similar price.